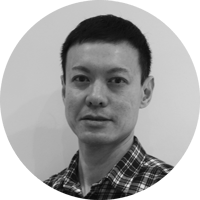 Ben Lee embarked on his physiotherapy journey over 20 years ago when he enrolled at the University of South Australia in Adelaide. Subsequently, he ran a successful private practice in New Zealand for over 15 years, while also acting as the physiotherapist for a local rugby league club.

During this time, he obtained further post graduate qualifications in Rehabilitation and Sports Medicine and had the privilege of receiving training under the late Mr. Robin McKenzie while completing his postgraduate diploma in MDT (Mechanical Diagnosis and Therapy). In addition, he was registered as a physiotherapy acupuncturist.

In 2005, he decided to move to UK to continue his next chapter of life and work. Working in a gym-based clinic, he learnt how to utilise different weight equipment and techniques to enhance rehabilitation and help elite athletes and sports people return to their personal best. During that time, he worked closely with top London surgeons in rehabilitating their patients.

In 2010, Ben travelled to Sydney and worked alongside renowned physiotherapist Josephine Key on her approach in treating movement dysfunctions.

In 2013, Ben returned to London and was appointed as a spinal specialist working in a physiotherapy specialisation clinic. He trained in a therapy based on applied kinaesiology, called NKT (Neurokinetic Therapy) which complements another therapy called AiM (Anatomy in Motion).

These types of therapy allow Ben to go beyond just treating the local physical symptoms but rather to seek out the root of the presenting problem. Recurring conditions such as achilles tendinitis, recurrent groin and hamstrings strain, anterior knee pain, shin splint, shoulder tendinitis, etc can be effectively treated by these methods.

Ben is able to combine his traditional physiotherapy training with his latest knowledge of how the body works and acupuncture to solve most clinical puzzles.

Ben speaks fluent English and Chinese. In his spare time, he enjoys languages, travel and the arts.