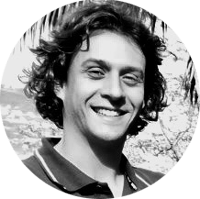 Hugo embarked on his physiotherapy journey over 15 years ago when he enrolled at The Escola Superior de Tecnologias da Saude in Lisbon. Since that time, Hugo has risen rapidly to become a recognised expert in his field, culminating in his appointment as Physiotherapist to the Swiss National Swimming Team at the European Championships.

After graduating 2003 Hugo went on to work in both hospitals and the private sector. In doing so he has built a deep knowledge and understanding of biomechanics, the rehabilitation of sporting injuries and postural dysfunction. A former elite swimmer himself, in 2006, he started his work both in the Portuguese Swimming Federation (FPN) and Sporting Clube of Portugal; in the swimming, water polo and triathlon department. In 2014, he became head physio for the FPN, overseeing the preparation for the elite swimming team of Portugal at the Rio Olympic games in 2016. During this time, he was co-author of the national guidelines for warm-up, recovery and prevention for swimming, later released as the basic guidelines for these subjects at national level.

Keen to further his knowledge Hugo commenced his extensive (six year’s full time) osteopathy training in 2004, finishing with his post graduate diploma in functional osteopathy in 2015. He was also a lecturer of osteopathy clinical reasoning and sports osteopathy at the Instituto de Técnicas de Saúde in Lisbon.

Hugo’s ability to use combination of physiotherapy and osteopathic techniques allow him to systematically treat the body as a unit, identifying the primary cause thus achieving positive outcomes for his patients. Hugo has a keen interest in upper limb and knee injuries particularly caused by overloading and compensatory movement patterns.